The UK has not suffered a coup. No tanks on the streets. No martial music from the radio stations. No seizing of the presses. No curfews. No coup.

Because that is not how democracy is dethroned these days. At least, not in well-established democratic systems, or even in some less long-lived ones. No. The process of establishing authoritarian rule is far more subtle, prolonged and insidious.

The global rise of authoritarian populist and nationalist leaders is a well-established fact. Bolsanaro, Duerte, Modi, Erdogan, Orban, Putin and of course Donald Trump all, to varying degrees, have or are trying to, establish authoritarian rule.

What is notable in all these cases though is that they rarely involve the classic coup, the military-led overthrow – the coup in Chile, 1973, with Allende being bombed in the Presidential Palace and tanks on the streets?

Some have proceeded much further than others, but the neo-authoritarian play-book is now clear to see. Not every creeping dethroning of democracy occurs in the same way, at the same pace or in the same order. But most of the elements of the process are common and it’s notable how they – the nationalist authoritarians – seem to be learning from one another across national boundaries. END_OF_DOCUMENT_TOKEN_TO_BE_REPLACED

I have been getting lots of calls, messages and emails asking me “what if….”

So here are a few answers.

What if the Government tables a motion for a General Election under the terms of the Fixed Term Parliaments Act?

This requires a two-thirds majority of all MPs – whether present and voting or not. That’s 434 MPs. They have already tried it once and failed. It’s unlikely to succeed when they try again on Monday. After that Parliament is going to be Prorogued so it will be impossible before it resumes in Oct. END_OF_DOCUMENT_TOKEN_TO_BE_REPLACED 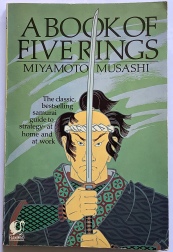 A name that doesn’t come up in the Brexit debate is Miyamoto Musashi, a 16th and 17th century Japanese samurai. But he is probably present, none-the-less.

Why? Because Boris Johnson’s main advisor, Dominic Cummings, apparently prefers military strategists to political thinkers. And in the world of military strategy Musashi is up there with Sun Tzu, Clausewitz, Liddell-Hart, Giap, and other great military thinkers from history. And anyone familiar with Musashi can certainly see his ideas expressed in Cummings behaviour. END_OF_DOCUMENT_TOKEN_TO_BE_REPLACED

As we head towards dramatic events in Westminster in a few weeks, I thought it might be worth providing a handy guide to the state of play in the House of Commons.

Note: today Sarah Wollaston (Totnes) joined the Lib Dems, boosting them to 14 and reducing the “Independent” group to 15.

END_OF_DOCUMENT_TOKEN_TO_BE_REPLACED

Everyone expects a Vote of No Confidence (VONC) in the Boris Johnson when Parliament resumes in the autumn. Exactly when remains an issue of some doubt, and whether or not it would pass is anyone’s guess.

That has not stopped rampant speculation and heated debate about what happens if and when the VONC passes.

Prominent in this kerfuffle has been the idea put forward by Jeremy Corbyn’s supporters – especially John McDonnell – that Corbyn could simply take over. He has famously said he would “send Jeremy to Palace in a taxi and tell the Queen that we are taking over.” How credible is this? END_OF_DOCUMENT_TOKEN_TO_BE_REPLACED

Change UK, the TIGgers, the Indepenent Group, or whatever they are called this week seem to be having problems.

Rachel Johnson, who is top of the new Party’s list for the southwest of England in the EU Elections, in a rather candid moment said “they want to focus group everything and they have a leadership team of about 11 people”. Change UK only have 11 MPs.

To be fair Ms Johnson is not the only one to criticise the apparent indecision and muddle in the way the new Party has launched itself. The general verdict from the political commentariat, even those sympathetic to the new project, is that it has been a bit of a shambles. The question is why? END_OF_DOCUMENT_TOKEN_TO_BE_REPLACED

A lot of people, including me, have been pointing out that Nigel Farage’s new “Brexit Party” has some very strange members. 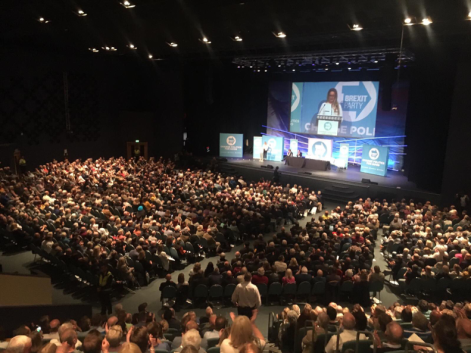 Claire Fox, a former leading light of the Revolutionary Communist Party, and two other RCP graduates, have been put on the Brexit Party slates for the EU Parliament elections. (for more on this see John Rogan’s excellent exposes here).

The Communist Party of Great Britain (Marxist Leninist) has apparently endorsed his new Party (although I’m not sure if they really exist anymore?).

This all seems slightly odd, and most of us who remember the far-left from the 1970s and 80s (because in my case I was part of it) have concentrated on exposing their extremist positions.

Most obvious of which was the RCPs and Claire Fox’s effective endorsement of the Warrington bombing by Irish Republicans in March 1993 that killed two children. END_OF_DOCUMENT_TOKEN_TO_BE_REPLACED