I have been getting lots of calls, messages and emails asking me “what if….” 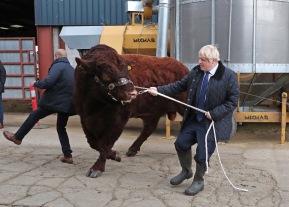 So here are a few answers.

What if the Government tables a motion for a General Election under the terms of the Fixed Term Parliaments Act?

This requires a two-thirds majority of all MPs – whether present and voting or not. That’s 434 MPs. They have already tried it once and failed. It’s unlikely to succeed when they try again on Monday. After that Parliament is going to be Prorogued so it will be impossible before it resumes in Oct.

What if the Government brings forward a one-line Bill to suspend the Fixed Term Parliaments Act and call a General Election?

The Government could do this and try and fix a date that meant the GE could not stop Brexit happening on 31 Oct.

They would need a majority, which they don’t have. It would be open to amendment, which could negate what they are trying to do.

What if the House of Commons passes a vote of No Confidence, in the terms stipulated by the Fixed Term Parliaments Act, next week?

The somewhat bizarre suggestion is that the Government would move such a motion itself. The Opposition Parties could not vote against it (and thus vote confidence in the Government), so it would pass. It only requires a simple majority.

This would trigger the 14-day period during which a General Election can only be averted by passing a motion of confidence in HM Government (who ever that might be by then).

Except Parliament would be suspended because it will be Prorogued. There would be no House of Commons to pass such a resolution. The clock would tick down and a General Election would be triggered after 14 days, probably after 1stOct. The PM can then fix that election for a date that means the UK will crash out of the EU on 31 Oct. There would appear to be nothing Parliament could do to stop it.

BUT, to do this the Government would have to pull this stunt whilst Parliament is still (just) sitting. If they did the reaction would likely be explosive. We could well see unprecedented moves to overturn Prorogation by the House of Commons appealing directly to the Queen? This would obviously create a huge constitutional crisis. Or Parliament could try and pass a Bill suspending the FTPA?

Of course, if the Government were voting No Confidence in themselves to try to force a General Election through this highly dubious route, it might not be seen as so bizarre for the Opposition to vote the other way? In these strange times, who knows?

What if The Prime Minister extends Prorogation?

It is perfectly possible for Boris Johnson to go back to the Palace and ask Her Majesty to extend Prorogation so Parliament does not re-assemble, and he cannot be challenged.

If he did something so blatant there could be push-back from the Palace, through the Courts, and even by the House of Commons doing something unheard of like re-assembling itself.

I am sure that does not cover everything but hope it helps a bit.

One thought on “Brexit and Parliament: what if…..?”