Sir David Omand, former Director of GCHQ and former Security and Intelligence Co-ordinator for the Government, is to issue a strongly worded warning about threats of external subversion and internal sedition being enhanced by cyber-warfare techniques. 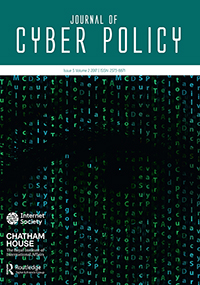 In a lengthy article published in the Journal of Cyber Policy,* Omand warns that the Russian government is continuing in the tradition of the Soviet Union in engaging in ‘hybrid warfare’ and ‘active measures’ (aktivinyye meropriatia) to subvert European and American governments.

(*Which I was given pre-publication access to by Sir David, for which thanks).

These can include highly targeted propaganda and misinformation; attacks on ‘critical national infrastructure’ and increasingly extending into the ‘Internet of Things’ (IoT) – all assisted or enabled by cyber-space. END_OF_DOCUMENT_TOKEN_TO_BE_REPLACED